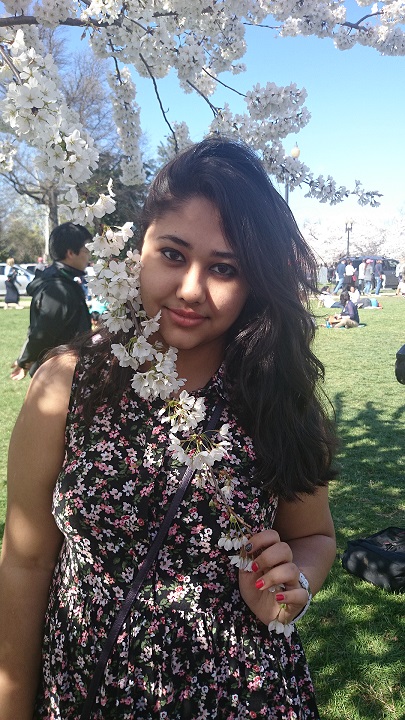 Every country has beauty ideals, and one of the most common among them are skin biases. Though to many in America tan skin is beautiful, in a country like India it’s still seen as a shortcoming. A woman’s complexion has been a very big deal in my native land, where “White is Beautiful” is preached openly. A culture in which a majority of the people are born with dark skin should not be pressured to have light skin. But it’s quite surprising, as India historically has had women with dusky skin and in the ancient texts and sects, these women with dusky skin were was seen as beautiful, then what led to this obsession with fair skin.

The problems root can be traced back to the time of colonization-  the British Rule in India in the 1740s.When the British invaded India, they just did not invade the country they invaded into the minds of the people. They wanted to make the Indians “civilized” like them, hence they established their superiority and much of it was associated with their skin color. They made someone fair look desirable and associated symbols like purity and status to the skin. According to Rebecca Goldstein, the desire for fair skin can be credited to colonization and India’s caste system. She explains, “Higher caste members traditionally had lighter skin and were less likely to be involved in manual work. Many years later, the ruling colonials had fair skin.” (The Conversation)

This was centuries ago, but it has been so deeply instilled in the mindset of the Indian society, that even today in 21st century , there are some people who criticize the idea of having a brown skin.

Growing up I was made to believe that being fair means being pretty. Every holiday while visiting my cousins and all other family gatherings, I would have to some preparations: pick out pretty clothes to wear, avoid playing too much in the sun and clean my face multiple times, so when I finally met my relatives, they will compliment me like “Oh wow, you have grown fair, you look so pretty.” But was so much effort needed at all, now that I think it was all stupid. Now every Indian girl knows about the home-made yogurt-turmeric face mask, which she would have put at least once in her life, to bring out the fair glow in her skin.

Lucky for me, my parents are not extremely obsessed with fair skin, but the idea keeps lingering around somewhere down the corner of our minds and keeps making guest appearance. Pretty stupid of me, but I still use the yogurt-turmeric mask sometimes to de-tan myself and the excessive use of sunscreen kind of makes me a little hypocritical too.

Peoples fixation with fair skin has led to many cases where the skin color became a hurdle for marriage, even if the girl was highly educated, she is far darker than the currently distorted standards of beauty in the region. Another issue is that most of the discrimination due to skin color is usually faced by women, because there is some unsaid rule that women are suppose to be the bearers of these so called “beauty ideals.”

The urban population in the cities do not stress on this matter a lot, yet it still exists and is even commercialized with things like fairness creams, skin lightening medications, etc. According to market researchers ACNielsen, in 2010, India’s whitening-cream market was worth $432 million (Rs.2,600 crore). In 2012, Indians were said to have consumed 233 tons of skin-whitening products. The exact opposite of what happens in America, where people pay a ton of money to get tanned. Endorsed by high profile celebrities, these products promise to make you fair. But, more disturbingly, they also promise to make you lovely in the process.

And that is where the problem lies. Fairness starts getting equated with happiness, confidence and success. A personal quality which is a result of your nature and personality is made to appear as an extension of your skin tone.

While many Bollywood stars endorse skin lightening, there are a few that stand against it. Nandita Das, a Bollywood actress, works with the Dark is Beautiful campaign to encourage people to embrace their natural skin color, whether it is fair or dark. She has faced much adversity with photo editors and film directors that want to lighten her skin, but Das stands strongly against it. She says that the deep-rooted problem that lies behind the obsession with fair skin is racism. “Indians are very racist. It’s deeply ingrained. But there is so much pressure by peer groups, magazines, billboards and TV adverts that perpetuate this idea that fair is the ideal.” (The Guardian)

But the situation has got much better in the past few years, with many campaigns encouraging the idea of dark skin being beautiful. People are being taught to ignore the old stereotypical norms of society  and embrace themselves. Psychologist and relationship experts say educating people about such discrimination is necessary: “Education is the tool that can eradicate such practices from society. People should be trained to accept individuals the way they are, and made to realize that discrimination on the basis of color is something that even the Constitution doesn’t accept.”

My Hair: A Self Love Story by Geena Garcia

What Beauty Means to Adina Crawford, Runner and Yogi

Put on Your Warpaint: #BeautyMeans by Alina Wilson

1 thought on “The Complex Complexion Obsession by Avantika Panda”