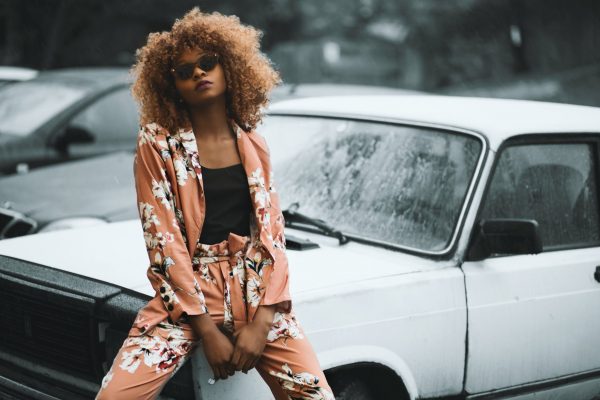 Facing My Fears, Wheels On:
From Failed Driver’s Test to a Winning Attitude
by Perri Easley

17 marks a momentous age for New Jersey teens: the age to get your driver’s license. A  driver’s license means more than just the legal right to drive a car. A license means freedom. No longer do we have to rely on our parents to drive us places. It means that we can finally meet our friends for a 9:30 PM diner run. It means impromptu after-school gossip sessions at Starbucks. It means discovering new novels at a local bookstore for some a dose of instant inspiration. Most importantly, a license means adulthood (or at least the closest thing we as teens have to adulthood before we turn 18.) The amount of responsibility a license entails and the independence that comes with it are things that most teens long for. Getting a driver’s license is a big deal.

As someone with an early birthday for my grade, I would have been one of the first of friends to get a driver’s license. Despite my November birthday, daily swim team, and bi-weekly cotillion practices prevented me from taking my road test. As time went by, and holidays passed, more and more of my classmates zoomed into school with their cars and I did not have my license. A sense of shame and embarrassment came upon me, as I was constantly chauffeured places by my parents and became an easy target of my friend’s jokes.

On February 21, 2018, I was finally going to take my road test. For months I felt the guilt of becoming one of the last of my friends to get their license, despite being one of the oldest. But after a few driving sessions with my father and several stellar parallel parking jobs, I was ready to get my license. I did not want to fail.

After my arrival at my local DMV, my driving confidence completely plummeted. For my 45-minute driving lesson before the actual road test, I was paired up with an unpleasant, unfriendly, older gentleman. The driving instructor would ignore questions that I asked him along with making frequent snide remarks after each minor mistake I made. When I failed to make a complete stop after a “Stop sign”, he scowled, rolled his eyes, let out a loud sigh, and aggressively said: “If you do this on the road test, then I can’t help you!” I can assure that this instance would not be his last.

After several small errors, my hands started to shake behind the wheel. Drops of sweat ran down my face as my breaths became progressively shorter and harder. Before this lesson, I thought that I was a fine driver. But I started to feel uneasy, even angered, by my impatient, impolite pre-driving instructor. Before I could leave the car with him, I had to complete one last step before my pre-road test ended: parallel parking. When I previously practiced parallel parking with my dad, I did it effortlessly, never once hitting the curb or any of the cones. However, the steps the pre-driving instructor did were different from the way I usually complete parallel parking. My overall nerves, as well as the unfamiliar steps, confused me, generating less-than-flawless parallel parking jobs. And yet again, he said his favorite catchphrase “if you do this on the road test, then I can’t help you!”

“I really do understand!” I said and kept saying until I was borderline yelling at him. Pre-road test driving sessions are designed to alleviate stress before the actual test. But the lesson did the exact opposite for me. Not only was I irritated by my rude driving instructor, but I also did not think I was prepared for the road test.

When I began the actual road test, those feelings of anxiousness and stress were still very much present. I was nervous and uneasy about the test, but, once again, I really just did not want to fail. Parallel parking was first on the test. During my first attempt, the car barely made it into the four orange cones. For my second attempt at parallel parking, I made it into the parking spot, but I was informed by my examiner that I was not close enough to the curb. I had one more attempt left. I quickly turned off the car and started heavily breathing. At this point, I told the examiner that I was nervous and that I did not learn parallel parking the way that my pre-road test instructor taught me, and that I did not want to fail. After a few moments of deep breaths, I settled down slightly. I still was a bit uneasy, but I decided that it was time to attempt to parallel park for the third and final time. While I made it into the spot and was moving the car up to adjust the wheel, I hit the cone. I asked her if I failed, but she declined to answer. I asked if I’m going to get my license today. “Not today,” she said.

Once I got into my dad’s car after my failed driver’s test, he passed me my driver’s information. This is when I start to lose it. I slammed my phone and paperwork to the ground, and I started angrily punching at my dad’s glove compartment. After my impromptu boxing match with the glove compartment, I let out a loud, passionate scream. I was dejected. I was distraught. I was so upset about the road that I did not come to school the next day. I did not want to deal with whatever my friends had to say. After several public celebrations (and Instagram posts) my friends made of me finally getting my driver’s license, I had failed. I was so embarrassed, and I felt like I let myself down. I did not want to go to school or see my friends, and I certainly did not want to drive.

Following February 21st, I could not get myself to get behind the wheel. Every once in a while when I tried to drive with my father, I would get flashbacks from the day of the road test. In my  head, short clips of that day would constantly repeat. I would see the scowl on my driver’s instructor’s face as he said: “If you do this on the test, then I can’t help you!” I would see me turning off the car after my 2nd failed attempt, revealing to the examiner how nervous I am. I would hear the examiner say “Not today” to alert me of my failed road test. These flashbacks led to feelings of anger, anxiety, distress, and defeat, prompting me to cry each time I attempted to go on the road again.

Following my flashbacks each time I drove, I knew that it was best that I do not drive. I was too emotional following my road test, and I did not want to feed those feelings ever again. At the same time, and despite how many emotions I felt each time I was behind the wheel, I constantly
felt so much shame for failing my test three months after my 17th birthday. Each time a classmate came into school wagging their new license in the air, the flashbacks, the emotions, and the embarrassment started came back again. Whenever people brought up my failed driver’s test, I instantly became agitated and quickly changed the subject. I was hurting. At that point, I did not want to drive, but it also hurt me that I still did not have my license. I just could not get myself to get behind the wheel.

Once summer came, and the constant pressures of school started to wind down, I knew that I had to revisit driving. Senior year was near approaching, and I no longer wanted to feel the pain and guilt of me having never gotten my license. I believed that summer was the perfect time to face my fears and emotions, and get back to driving.

My ease back into driving was no issue. I would drive anywhere from my SAT prep sessions to quick Dunkin Donuts runs. Also, I started to experience flashbacks less and less. However, there was one thing I could not get myself to do: practice parallel parking. When I practiced with my dad before the February 21st road test, we would always go to a parallel parking practice site down the street from the DMV. I just could not get myself to go back to that site, fearing flashbacks and tears would come back.

But then I realized, parallel parking is the one thing that I have between me and my license. I am a good driver, and I was not even bad at parallel parking; I just let nerves get the best of me the day of the test. My practice at the parking site would only reinforce my ability to parallel park. With practice, the parking will come at ease to me. I have to do this. I will do this. So, I put aside my nerves and took on my resilient attitude. I was ready.

For the past week and a half, I have been waking up early to parallel park. Many of my parking jobs went well. For each little mistake does I make, I do not let them undermine my confidence driving like it once did. It acts as fuel that motivates me to keep practicing until I nail it the next time. I might not perfect parallel parking when I retake the road test on August 10th, but the most important thing for me is my restored confidence in driving, especially with parallel parking. For almost half of the year, I let the flashbacks from my road test keep me from achieving my license. However, my resilient attitude is not only making me only a better and confident driver but a stronger and healthier person. I know that by the end of my parallel parking practice, I will have it in me to do well on August 10th, 2018.

Perri Easley is a high school student from New Jersey who likes journalism and social justice.

A Case for Gratitude: 5 Tips for Being Grateful by Gretchen Hydo

2 thoughts on “Facing My Fears, Wheels On: From Failed Driver’s Test to a Winning Attitude by Perri Easley”