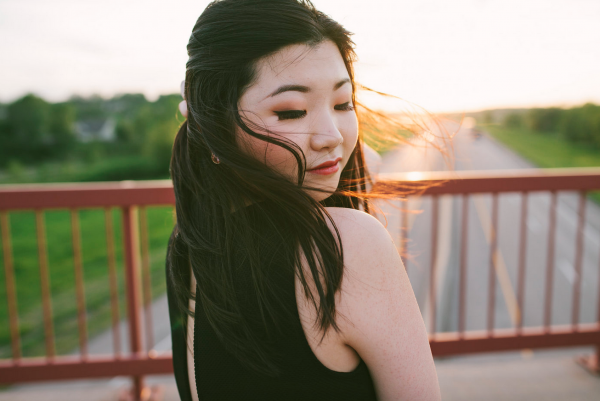 Personally speaking, I’ve never been a huge fan of spring. The beginning of March marks a period of my year when I have to pretend to enjoy nature and be on the constant lookout for newly sprung critters and rodents. And that’s not even factoring in the renewal of the dreaded shaving season. But it wasn’t until I started my senior year did I absolutely loathe April as a separate entity. For the majority of my senior year, I dreaded the coming of spring with a fear that I usually only associated with crying children and rabid rabbits. For any high school senior, spring meant only one thing: the announcement of college admission decisions. It was just a pity that I hadn’t been old enough to start day drinking (kidding).

Imagine being eighteen years old, on the cusp of entering a stage of life just barely out of reach. On one hand, you’re trying to celebrate the end of your adolescence with Taylor Swift’s new album but on the other hand, you have Grandma on the phone asking where you’re going to college every week. The fear of telling her that you didn’t even get accepted to your dream college is devastating. And I get it. I really, really do. No one wants to tell Grandma that you’re the family failure.

Cut the crap, Columbia. No one wants to hear about how much better the other applicants were.

College rejection is heartbreaking. It’s humiliating and awful and the nightmare of almost every academically ambitious student. But it’s made ten times worse by our cultural perception that college is the only factor that constitutes a person’s self worth. I acknowledge all of this because for eighteen years, I lived with that mindset. I didn’t have anyone to tell me that it truly doesn’t matter if I didn’t get into Princeton because I still have so many chances to succeed. And while some of you may think that I’m writing this as a consolation letter to you: I’m not. I don’t know a majority of my readers and as a result, I have absolutely no obligation to be nice to you. I’m writing this because if I could go back in time and tell myself a few things, this would take absolute priority. Where you go to college does not determine your future and we have to stop telling our kids that they’re only as good as their acceptance rate.

A couple days ago, I was talking to a friend about my college options. When I mentioned that University of Kansas was one of them, she let out a snicker and rolled her eyes. While my first reaction was to immediately hit her, my second thought was this: How fucked up is it that we started measuring education by brand? How did we come to a place where it’s more about where you go than what you do? We’ve become so used to associating success with certain names that we’ve forgotten what matters most: character. As educator Nathan Mees puts it, ”We put so much weight on this concept of ‘I’m a failure unless I get into this school’ and that doesn’t make any sense. Did you get into a college? Yes. Do you want to get a degree? Yes. That’s success. Are you willing to do the work is the bigger question.”

When I asked Addison Schauer, a junior majoring in chemical engineering, about his own personal experience with college admissions, he was more than happy to share. ”So my initial reaction to not getting into Rice was utter disappointment. I had worked really hard in high school to maintain a highly inflated GPA as well as substantial extracurricular activity involvement. It felt like all of that work was for nothing; in the end, I ended up at KU anyway.” Schauer admitted sheepishly. Continuing, Addison echoed the thoughts of thousands of rejected students. ”I always thought I could get into one of those ”top universities,” and compared myself to others who went on to some of the top schools. All of this really compounded and made me feel pretty worthless. Only the accomplishment of getting into a prestigious school, like Rice, could fulfill the effort I expended throughout high school. Or so I thought.”

Addison’s reaction wasn’t completely unwarranted. How else do you react when we’ve built up these expectations in our society? But the message of the story is not that Addison didn’t get into Rice. The point of this is that Addison didn’t let his rejection define his academic career and continued on with his studies in spite of that tiny glitch from three years ago. ”My college experience thus far has been phenomenal. There isn’t opportunity other universities may tout that cannot be similarly found or spearheaded at KU. I’ve volunteered abroad, gotten internships, performed cutting edge research, founded clubs, and met some absolutely terrific people (both peers and professors). Plus, all my hard work in high school definitely helped me in the end: it laid the groundwork for study habits and determination that I still use today.”

Malika Sud, a freshmen with an intended neurobiology major, had a similiar experience with rejection. While she was initially devastated by NYU’s waitlist notice, Sud refused to let one school’s decision control the rest of her life. ”Instead of dwelling on all of the differences between NYU, which was my dream, and UW as negatives, I have begun to see them as positives–things that I love about my school that I would not experience anywhere else.” Sud explains. ”I am thrilled with how college life is unfolding so far and am excited to see what happens to me over the next three years. In all honesty, I have not thought about how life would be if I were at NYU even once.”
So you, like thousands of other students, just got rejected from your dream college and the plans that you had built up your head came crashing down like a Taylor Swift song. The ultimate question becomes this: what do you go from there?

When I asked Mr. Mees about what he would say to students who didn’t get accepted into their dream schools, the answer came almost immediately. ”It sucks. It sucks to be rejected, we acknowledge that. But it’s not the end of the world. You can end up wherever you want to end up. Where you go to school has very little to do with it. So you commiserate the person on their rejection but you tell them, ‘Where you go to school is not who you are to me.’”

And as much as I hate to admit it, he has a point: why should college determine what you do with the rest of your life? Why should a single rejection letter define you as a person? You are eighteen years old with your entire life unmapped in front of you. In comparison to the million of opportunities that will come your way, college is just a stepping stone. It matters, yes, but it’s up to you to determine the outcome of your own future and who you are as a person.

So you have two options when faced with rejection: you can continue to live life as a ghost, always turning back to the past and beating yourself up about a decision that ultimately means very little in terms of success. You can waste your undergraduate years being upset that you’re not at Harvard or Stanford or you can make the best of what you do have and push yourself to succeed, as Sud and Schauer had done. I vote the latter because if you’re serious about craving a great future for yourself, you have to learn that the success is not determined by a single factor. Success is determined by what you do when plans shatter, the opportunities that you take when other doors close, and the type of person that you want to become.

So, really, who do you want to be?

Sara Li is a student, writer, and activist. When she’s not busy jamming out to Taylor Swift, she can be found buying overpriced coffee and mourning her bank account.

An Extensive Guide to Surviving Senior Year by Sara Li

Facing My Fears, Wheels On: From Failed Driver’s Test to a Winning Attitude by Perri Easley