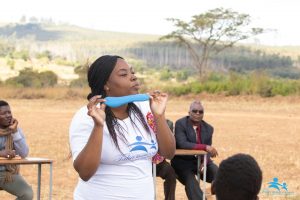 Climate and Environment:
A Planet Under Pressure
by Tatenda Rukarwa

All countries depend heavily on their environment: forests, grasslands, rivers, lakes, coral reefs and other ecosystems provide essential resources that provide food, water, shelter and energy. But those ecosystems and those resources are under incredible pressure.

According to a USAID report, in just 60 years, the world’s population has accelerated from 2.5 billion people to 7 billion people today. By 2050, another 2 billion will join our planet—mostly in developing countries—increasing the rapidly growing demand for our planet’s resources.

Environmentalism as a movement covers broad areas of institutional oppression including consumption of ecosystems and natural resources into waste, dumping waste into disadvantaged communities, air pollution, water pollution and weak infrastructure. It can also be referred to as a movement to control pollution and/or protect plant and animal diversity. It is an attempt to balance relations between humans and the various natural systems on which they depend in such a way that all the components are accorded a proper degree of sustainability.

Threatening to make these problems worse is global climate change, driven by fossil fuel use and deforestation. We know a changing climate will hurt the poor most, undermining the livelihoods of millions of people struggling to break free from poverty. Climate change will endanger millions through disease, extreme weather starvation and rising seas. For African countries like Zimbabwe, drought is rampant and organisations like World Vision are there to support in food reliefs which is not sustainable for the continuity of humanity.

Protecting our environment requires changing how our essential resources are managed and how our energy needs are met. Political decisions on our energy future should not be left to a cartel of multinational companies that favour fossil fuels and other dirty energy sources, or to Wall Street and the financial services industry that is eager to cash in on our dwindling essential resources. While some advocate putting a price on nature and profiting off of our remaining natural resources, mechanisms like cap and trade are easy to manipulate to maximize profits and have a poor track record of actually reducing pollution.

Rather than relying on hard to understand schemes that have no political traction, we should fight for the policies we really want. Let’s work to keep fossil fuels in the ground and make an immediate shift to renewables and energy efficiency. Also, since disposable pads don’t dissolve, they contribute to environmental pollution and risks, especially on water systems. #NO to capitalism and endless economic growth which is to blame for the dire state of modern ecosystems.

I am Tatenda Rukarwa, I studied for a BSc Hon in Sociology and Gender Development Studies at Women’s University in Africa and counselor by Profession. I am passionate about young people and women empowerment issues. 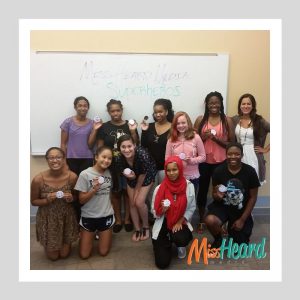