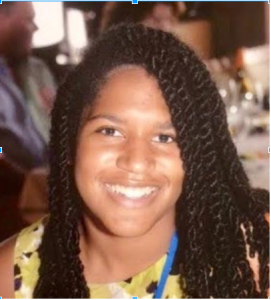 Overcoming adversity is a continual battle in my life, but in truth, a battle that began recently. Growing up, I went to a school where all my teachers knew me before I even set foot in their classrooms. They knew my brothers, the great Zachary and Jonathan Wilson. Because of the good reputation of my brothers, my teachers expected me to succeed and I did most of the time. Students, if they doubted me, didn’t often speak up. For that reason, I could not understand why people outside of my private school bubble expected me to fail.

Once I began involving myself in academic, service, and leadership opportunities in my community, I became aware that people expected less from me than from other people. Last summer, I was volunteering at a local homeless shelter with my church volunteer group when one of the other regular volunteers glanced at me as I walked cheerily to the dessert table and said, “You have to go through the line before you get dessert.” Moments later, I realized that the other volunteer had mistaken me for one of the homeless people I had been serving twice a month for nearly 6 months. Although the woman apologized profusely, her comment was still a trenchant reminder of my struggle to prove myself to everyone.

Proving myself to others around me also became the first 5-10 minutes of every leadership, STEM, or summer program I attended. During the summer before sophomore year, I attended a local STEM Competition. The competition consisted of 5 team competitions, and 95% of the participants were male. In every group in which I was placed, I was the only girl. Most of the guys ignored me and begun discussing the problems amongst themselves, dismissing me as deadweight. By providing a solution to a problem or answering a difficult science question, I had to prove myself within each new group. Despite the initial reluctance of my teammates to work with me, I persevered and excelled in my own right in the competition.

To be completely honest, this continual struggle to prove myself is draining and hurtful. After I told her about the incident at the homeless shelter, a close friend of mine (who is white) told me that I did not dress well enough to distinguish myself from the homeless people around me. The saddest part is that she wasn’t acting maliciously–not at all–because apparently everyone knows that Black people need to try harder to look like they belong. Before I left my private school bubble, I didn’t know–not really. Now that I do know, I wish I didn’t. Ironically, some of my friends have flippantly dismissed some of my problems because I make decent grades or sometimes I appear to have my life together. If I’ve learned anything over the past year, it’s that we’re all struggling with something (yes, even celebrities and billionaires- but maybe not Beyoncé). We’re all doing the best we can with the circumstances we are dealt.

While that notion by no means serves as an invitation for hate and ignorance, for me, it makes forgiving people and helping them learn just a bit easier.

Get an Exclusive Pep Talk from Lindsey, Inspiring Lock Screen, AND a Discount Code!