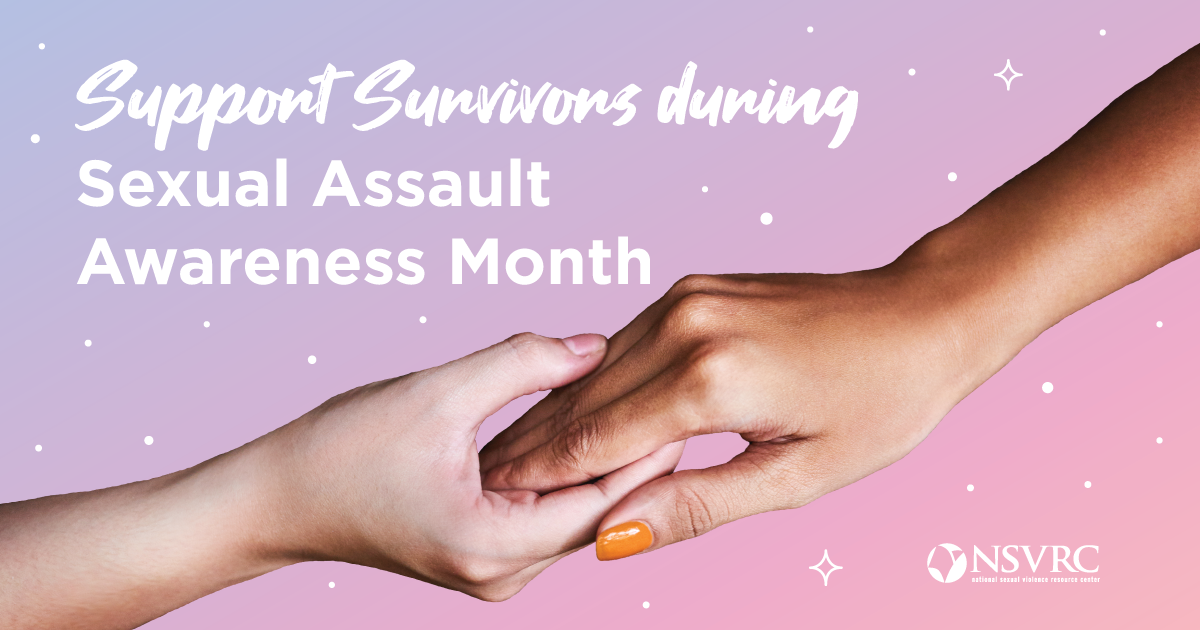 April is Sexual Assault Awareness Month:
This Year’s Theme is I ASK

April is Sexual Assault Awareness Month, or SAAM. While it may be uncomfortable or talk about, it is important to address sexual assault so that victims may heal and so that we as communities can work together to end sexual assault.

This year’s theme is I ASK, which focuses on the importance of consent. Asking for consent is a part of everyday life- it’s important to think about how your actions may be perceived by others. Not everyone shares the same boundaries or values- so where you may like to hug, someone else may prefer to high-five. You may like to text and Snap 24/7, but your partner may not. It’s important to ASK.

What is sexual assault?

Nearly 2/3 of all sexual assaults are committed by someone the victim knows, like a friend or family member.

Force can be physical or emotional.  Manipulation counts as force. Threats against someone or their family count as force. Beating someone up is force. Giving someone drugs or alcohol to take advantage of them is force. If someone claims a victim is “asking for it” and/or pressures them to keep it a secret- that is force. One in four girls and one in six boys will be the victim of sexual assault before they turn 18. That is 25% of girls. That is 17% of boys. Many cases go unreported due to shame or embarrassment, or fear that no one will believe them.

Sexual assault can happen to anyone, of any sex, gender, nationality, race, class, age, education level, religion, or any other factor. It doesn’t matter what someone is wearing, if they were high or drunk, or if the perpetrator was high or drunk. It doesn’t matter if someone is alone at night, if they have had consensual sex before or if the perpetrator bought them dinner or flirted. Sexual assault is never ok. It is also never your fault.

To repeat: Sexual assault is never ok, and it is not your fault.

If you are sexually assaulted, it is important to let someone know. It may be scary, and it may

temporarily make things confusing or painful, but these are the first steps towards healing. It can also stop a perpetrator from hurting someone else. Remember, you are never alone.

You can tell a parent or guardian, teacher, counselor, doctor, clergy member, friend’s parent, etc. The most important thing is that you trust the person. If you aren’t sure, you can call the ChildHelp hotline for free and they can connect you with resources in your area.

You may need to have a medical exam and speak to police. You may also want to speak to a counselor. If the perpetrator is someone in your family, your family may need to make changes at home to keep you and other family members safe.

The National Child Traumatic Stress Network has some answers and additional resources about disclosing sexual assault.

Victims are never at fault.

It doesn’t matter what someone is wearing or how they are acting, victims are never to blame. A person may use force, threats, manipulation, or coercion to commit sexual violence. An absence of injuries to the victim does not indicate consent.

There are many reasons why someone may choose not to report to law enforcement or tell anyone about an experience. Some include:

• Concern about not being believed
• Fear of the attackers getting back at them
• Shame or fear of being blamed
• Pressure from others not to tell
• Distrust of law enforcement
• Belief that there is not enough evidence
• Desire to protect the attacker.

Many victims who do report a rape or sexual assault find that there is no arrest or conviction. The majority of sexual assaults, an estimated 63%, are never reported to the police (Rennison, 2002).

The prevalence of false reporting cases of sexual violence is low (Lisak et al., 2010), yet when survivors come forward, many face scrutiny or encounter barriers.

We can all help create a culture of empathy, respect, and equity. Prevention starts with challenging victim-blaming and believing survivors when they disclose. In your personal life, you can model supportive relationships and behaviors and speak up when you hear sexist, racist, transphobic, or homophobic comments. Each of us is essential in challenging harmful attitudes and the societal acceptance of rape.

How can I support someone dealing with sexual assault?

First, a friend or family member who is dealing with sexual assault may be moody, scared, angry, sad, etc. They are coping with a lot and it is important to support them and let them feel angry, scared, sad, etc. There is no one “correct” way to feel after a traumatic experience.  Just letting your friend know that it is not their fault and that you are there can be a tremendous help.

Remind a survivor that you care. RAINN (Rape, Abuse & Incest National Network) shares some ways you can do that.

RAINN also shares a list of ways you can volunteer to aid victims of sexual assault.

During this month (and in coming months), remember that sexual assault can happen to anyone. It is never OK for someone to force someone into sexual contact.  It is not someone’s fault for being sexually assaulted. If you are sexually assaulted, it is important to tell someone, even if it’s difficult. People will believe you and you could prevent someone else from being assaulted. You are never alone. If you know someone who has been sexually assaulted, the most important thing you can do is to listen without judgement.

For more information, please turn to the National Sexual Violence Resource Center- they have amazing resources and are staffed by dedicated, caring adults.

Gender Based Violence by Grace Schoettmer

4 thoughts on “April is Sexual Assault Awareness Month: I Ask”