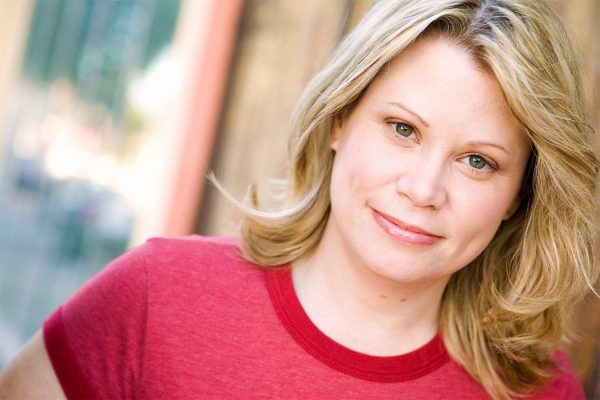 What is Girl Bullying and Relational Aggression?
by Cassidy McMillan

For teen girls, having friendships with other girls is an important bond. Yet these friendship relationships can have complications and unexpected downfalls that can have serious consequences. Sometimes a girl who was your friend one day can turn on you the next. Why does this happen? It’s part of the cultural landscape of girl bullying, more clinically known as “relational aggression.”

According to a study cited in the American Psychological Association, relational aggression is defined as “a type of behavior that is intended to hurt, harm, or injure another person” by using “the relationship or the threat of removal of the relationship as the means of harm.”

The study, conducted by Nicki R. Crick and Jennifer K. Grotpeter at University of Illinois at Urbana-Champaign, states relational aggression includes social exclusion, friendship withdrawal threats, giving the silent treatment and spreading malicious secrets, lies or gossip. The study also found that while both boys and girls can exhibit aggressive behavior, that girls exhibit it through relational aggression, whereas boys exhibit it in an overt way.

Why does this go on? Some of the reasons are a girl may feel slighted by, or jealous of, one of their friends, or may have feelings of insecurity about the friend relationship, and will exhibit relational aggressive behavior toward that friend.

For example, let’s say two fourteen-year old girls, Michelle and Brenda, are best friends. And they are also friends with another girl named Karen. One day while at school Michelle perceives that Brenda is talking more to their friend Karen than her. Michelle may start to feel insecure about her “best” friendship with Brenda. But instead of openly discussing her fears with Brenda, not knowing how to or not wanting to communicate that fear, Michelle will internalize that insecurity. That insecurity develops into anger or resentment and Michelle will ignore Brenda – maybe won’t meet up with her for lunch, or after school as they usually do. Michelle will ignore Brenda’s emails, texts etc to her.

Or in an attempt to divide the friendship between Karen and Brenda, Michelle may tell a lie to Karen that Brenda said something insulting about Karen to other girls. As a result, Karen may stop communicating with Brenda also.

This leaves Brenda feeling isolated and confused as to what is going on, thinking she must have done something wrong. And Michelle may feel Brenda “deserved” it because she felt Brenda slighted her in seeming to talk to Karen more.

While this type of behavior may seem confusing, it’s not uncommon. Relational aggression can occur with girls at various times throughout their school years as their circle of people they see every day is more limited to who they go to school with each day.

What Should Girls Do If They Feel Insecure or Jealous of a Friend?

Girls need to find the reason why they’re jealous of another girl or angry at that girl. To get to the root cause of the relational aggression in any situation is important in stopping it before the behavior begins, or worsens. It’s also key to discuss the feelings with a parent or guardian and come to an understanding of the situation. From  there, communication with the other girl involved is important to openly discuss the situation, the underlying cause, and resolve it in a positive way.

In my work on the issue of girl bullying for a documentary film on a girl bullying incident that turned tragic, I spoke with a teen girl who was involved in the tragedy. When I asked her what she wished she would and could have done differently, she said she wished she would have spoken face to face with the girl who was bullied, and communicated her concerns to that girl in person instead of talking with other girls about that girl.

It should be noted that sometimes, relational aggression can involve lack of empathy on the part of the aggressor, and that can be a more in-depth situation in need of additional special counseling.

What Can A Girl Who Is The Target of Relational Aggression Do?

For any girl who is being shunned, isolated, or having lies being told about her, it is important for her to know she is not deserving of that behavior. Second, it’s important for a girl to tell a parent or guardian what the situation is, to express her thoughts and feelings about it. Discuss if talking things out with the former friend may be a way to open the doors of communication. But if the girl committing the relational aggression isn’t wanting to honestly express her feelings or thoughts, it may be irreparable.

If it is irreparable and if cyber bullying, lies, isolation are going on, it’s important for the girl’s parents and the student to speak with school officials and report it. School officials must be made aware, and parents should discuss what the school will do to ensure a safe and supportive environment for learning and social interaction for their daughter.

What Are Strategies Adults Can Do To Help Prevent Relational Aggression?

While studies conclude relational aggression is a multi-faceted issue, some strategies for parents and adults are to teach communications skills, model positive behavior, and discuss the importance of good behavior.

Psychologist Charisse Nixon, PhD, who has conducted research on relational aggression stated in an interview with WebMD that discussing perspective is important. Nixon commented, “Developmentally, adolescents often have no idea how their behavior hurts others.”

In my work with parents and psychologists on the issue, I have found it’s important for parents to talk with their daughter(s) about relational aggression, its causes, implications, and prevention at as an early age as parents feel their daughter can understand the concept.

This is important so that when or if their daughter experiences either being a target of relational aggression or, perhaps has feelings of insecurity or jealousy toward a friend, that the daughter will recognize it. And this is key so that the daughter will talk to the parent about it when it happens to help prevent the situation or to be able to respond to it as quickly as possible.

Parents should also look to instill in their daughter self-empowerment and self-esteem strategies. This can help a teen girl in preventing her from committing relational aggression, or if she is a target of it. Girls’ friendships are valuable and can be of great support. In communicating effectively, it can help keep those friendships.

About the writer:
Cassidy McMillan is a filmmaker, actress, media contributor and speaker on bullying prevention. Cassidy is director/writer/producer of the documentary film “Bullies and Friends” on bullying, relational aggression and precedent setting bullying court case, which is being set for worldwide release. Cassidy serves on the Board of Directors for the national bullying and suicide prevention non-profit organization NVEEE. You can follow Cassidy on Twitter @CassidyMcM More information: www.BulliesAndFriends.com

1 thought on “What is Girl Bullying and Relational Aggression? by Cassidy McMillan”