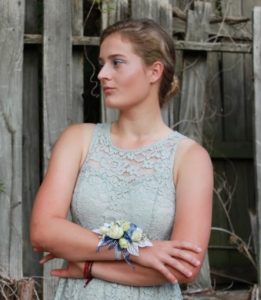 The Trials of Online Learning by Isabella Romine

This public school year lurched to an uncertain start with students, parents, and teachers wary after our experiences with the sudden pivot online in the spring. This past summer, I gained insight on how to handle the challenges resulting from planned online learning.

For five weeks July through August, I woke up early to make coffee, review near-illegible notes, and open Zoom. Along with eight other students scattered around the country, I was studied Russian through the National Security Language Initiative for Youth (NSLI-Y), a program run by the U.S. State Department through the Russian American Federation. Prior to the pandemic, the plan was to study Russian in Moscow. When all exchange programs were cancelled in March, NSLI-Y quickly switched to an online format.

The combination of an unfamiliar alphabet, a vastly different grammatical system, and an assortment of gendered nouns, verbs, and adjectives presented a unique challenge. Also unexpected was the difficulty of learning Russian cursive, given that I never learned English cursive. However, the online format provided its share of trials as well.

The same problems that I experienced this summer have plagued my high school classes this fall.

Online learners face both technological and content-based challenges. Our Russian teacher had poor internet service; several lessons ended unceremoniously because of bad signals. I haven’t had a single high school class this fall where either a teacher or student wasn’t kicked off a call, frozen, or otherwise barred from joining.

These issues are compounded by Microsoft Teams, the technology used in Guilford County Schools. Teams is an awful platform with poor user-friendliness. I’ve grown up in the age of technology, but navigating Teams is like trying to defuse a bomb blindfolded. In every class, there are problems with screen-sharing, sharing assignments, creating breakout rooms, and other basic features that should not be dysfunctional on such a well-funded program. Though my evidence is anecdotal, every teacher and student I’ve spoken to prefers Zoom over Teams.

External distractions further complicate matters. Finding a quiet work space is difficult, and probably impossible for anyone living with other people or, worse, dogs. I’ve heard many unkind things said to siblings from classmates who forget to mute their mics. Most disruptively, with four simultaneous Zoomers in my household, the wi-fi struggled. Installing additional access points in our old house limited such disruptions, but this is a luxury not everyone can afford.

Installing additional access points in our old house limited such disruptions, but this is a luxury not everyone can afford.

For students without computers and reliable home wi-fi, Guilford County Schools’ plan for online learning presents insurmountable challenges. My own high school, Grimsley, ran out of laptops and tablets to lend to students the first week of school, and many students are still without reliable connections. The school system reports that devices for every student and staff member are on order, arriving in December–more than four and half months after school started. I fear some of my classmates may never catch up.

I’ve found that subjects such as math, English, and history are more adaptable to an online format, but foreign languages face unique issues. As I learned this summer in my Russian courses, it’s difficult to perceive nuanced pronunciations through a speaker. A class opened one morning with our teacher asking us the day of the week: happily oblivious to my imminent butchering of the Russian language, I answered fifteen, or пятница. Friday (пятнадцать), what I meant to say, is only a suffix’s throw away, but I found it difficult to distinguish between the two because of audio distortion. I imagine many other beginning language learners face the same issue.

This is particularly unfortunate because the need to study world languages is greater than ever. With a world on fire, international collaboration is essential, and there can be no collaboration without communication. Language remains the building block of diplomacy.

For that reason and for the sense of accomplishment the experience brought me, NSLI-Y was a valuable experience. For the short-term, it was a valuable dry run for the months ahead. Expecting online classes to run as smoothly as in-person classes is unrealistic: technology fails, distractions are abundant, and, perhaps worst of all for teachers, it’s difficult to coerce answers out of a silent, faceless void.

To maximize the effectiveness of online learning, one has to be comfortable with disruptions, as well as with asking questions and making mistakes. Over the summer, I became more comfortable responding in class even when uncertain of my answer. Not that it always worked out–I still have flashbacks to when I proudly declared I like to eat, not “seafood,” but “makeup product.” It’s possible that there’s still a Muscovite Russian teacher who believes that I snack on Yves Saint Laurent lipstick. Thankfully, I learned the importance of engagement early; without it, the gap between in-person and online learning widens.

I still have flashbacks to when I proudly declared I like to eat, not “seafood,” but “makeup product.” It’s possible that there’s still a Muscovite Russian teacher who believes that I snack on Yves Saint Laurent lipstick.

Although I won’t be able to study Russian again until college, I’m grateful that NSLI-Y was able to run, even virtually, as not only a means of learning a valuable skill, but also to prepare myself for the school year. And for my classes for this year, I learned how to be ready to instantly mute myself the moment our dogs see, hear, or imagine a mail carrier.

Uncertain about your fall semester? So are these girls; but for a different reason. by Samantha Maroshick

Making School Memorable & Standing Up for Education by Hajra Salim

Facing My Greatest Fear During Quarantine: My Trauma by Riv Lobban