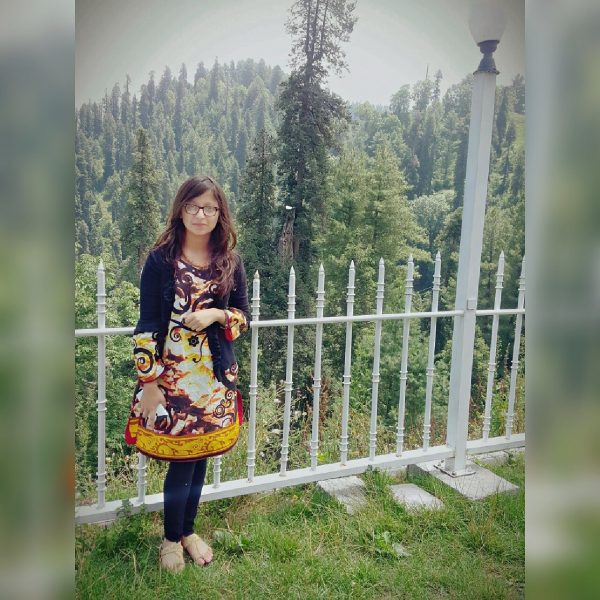 ~ Giving up doesn’t always mean you are weak…Sometimes it means that you are strong enough to let go..~

She wandered alone under those dark starry nights in the streets of Baskerville. Sitting on the sidewalk, walking slowly down the streets, tears running down her cheeks, a fake smile on her face; she looked happy on the outside but from the inside she was screaming for help, her heart was broken into pieces.

Behind her fake smile were hidden thousands of stories of her past which she regretted so much. She used to say that she didn’t remember any of the bad days from her past. But indeed her past was full of depressing stories and sorrows. In her opinion, faking all the bad days and saying that they never existed is how one becomes strong. But she didn’t knew that being strong is when you keep all those moments in your mind, confront and fight against all the negativity and learn a lesson.

Unfortunately, she moved backwards instead of moving forwards. She never understood the real meaning of being strong. She would sit in the corner and refuse to say a single word. After all, how could one recover so easily after so much damage and harm?

All the wrong decisions were reflected towards her as a catastrophe. She would talk less and it was like that she felt no pain. She suffered and suffered. Suffered and survived. She was no longer that sweet happy girl; actually it was quite the opposite. She would walk away in the middle of a conversation or start running far away as if she was being chased. She smiled and suffered absorbing all the negativity with patience. Her worst enemies were her memories. She felt abandoned, invisible and worthless. Nobody would lend a helping hand, nothing could reduce her stress.

Everything seemed so lifeless. Her goal was just to survive and wait till this journey ends. She would stay up all night staring at a wall or be found in the middle of the forest, sleeping like she hadn’t slept for weeks. No amount of sleep in the world could cure the tiredness she felt. She would run away and spend her days outside in a lonely graveyard crying and sobbing, or standing still in the rain as if she was waiting for someone. She felt as if she was a plastic doll, people used her, betrayed her and pointed out her imperfections as if she doesn’t already see them. The only thing she ever experienced was humiliation and degradation. She was just avoiding being hurt again.

It felt like the whole world turned their backs towards her. Humiliating her presence. She was no longer alive now; this was an indubitable truth. Dead and numb. Her restless soul was now in search of peace. Her feeble cries of pain and hopelessness were the only sounds that crossed her throat. She was sinking and dying. And it wasn’t like this before, she saw the world as full of peace and love and now she saw the exact same world as full of hatred and disgust.

Her soul was covered with scars and bruises but the unusual fact was that she felt nothing. It wasn’t hurting anymore, it wasn’t aching anymore as if she was dead. She was fighting with all her demons every day. She told her spirits every morn that today she wouldn’t mourn. It was like she fell asleep on a feather bed and woke up trembling in the middle of nowhere. Her dreams shattered and her nightmares stayed with her forever. She was lost.  Lost and wanting to stay this way.

Her journey was beautiful, but she forgot was that the first scar on her heart took her soul away and left her body in this world to complete the incomplete. Her dreams or maybe unfinished businesses made her see all of this again but from her point of view everything was wrecked and all the positive images had vanished. Negativity is what she thought the world was covered in. She was given another chance to finish the unfinished and rest in peace but she found herself making the same mistakes again and struggling with the same complications again. She had lost her way and let slip her aspirations once again. It felt like misfortune followed her wherever she went. She tortured herself with her own mind. It’s like she lost every battle she fought. She was just suffering the never ending pain.

Nobody could hear her cry; nobody cared until something dramatic happened. She was fed up and tired of fake people, fake hugs, fake smiles and false hopes. It was like her world just caved in. Her past was her enemy, her memories were her strategy, and she died in agony alone. Still after all these things the positivity was still there; she dreamed of a miracle. Yes, her achievements, her goals and her aims were lost but she couldn’t stop herself from dreaming nor could somebody else. She dreamed that one day she would wake up and everything she sees now would just appear as a bad dream. She wished for nothing but she dreamed. Dreamed of living once again and experiencing everything she had ever dreamed of.  All this was a daily routine for her now. And then again wandering in The Streets of Baskerville. Watching the cars go by, sitting alone on the sidewalk, walking slowly down the streets, tears running down her cheeks…

Mix Music With Your Writing! by Olivia Marcum

2 thoughts on “Streets of Baskerville by Hajra Salim”