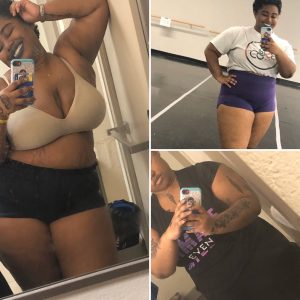 I don’t want to be forever silent.

Not about my pain.

Not about my past.

And most fucking definitely not about how I’m rising out of it.

I cannot stay quiet like I have been forced to be for most my life. There isn’t room for the Jourdan that was molded by the people who thought they knew her. They wanted her to be quiet, well-mannered, and basically a b*tch that will always be on her knees for them. Hair straight, pulled into a tight bun, shirt ironed, and English perfectly enunciated like a true American-bred daughter. That was what they desired from me. That was the acceptable version of me. That person does not exist.  I am terrified, absolutely horrified, at what will happen once I am completely rid of being her each day I am alive.

There is a goddess in me waiting to create new worlds out of dust. There is a queen born ready for crafting kingdoms without need of any king. Inside my belly lies a fire that has been stomped on far too long, and just when all of the stompers thought it had been long dead…flames begin licking at the slight wind passing through. Flames culminate into an inferno ready to send transformative energy out into the universe.

It’s been a long time coming, and the time for it to happen was yesterday;I am well overdue. I want there to be a magical, mind-bending shift in my life. However, I have to shed the me that I was forced to be for so long. I have to shed the idea that keeping my head down is the solution for everything. Also, any person that likes me better small, insignificant, and a complete doormat is in no way deserving of my time. In addition to all of those valid and true statements, everything in my heart and in my brain is royally sick of taking crap that I do not deserve.

I have seen Death and have known Death as a guest who never left my home, not since I was twelve and fifty-one weeks old. I was abused as a child, by people I love, including my mom and dad. I have been bullied by the girls who wanted my hair and the boys who wanted my body as much as they hated the strength in my voice. I know what it means to fear my father and love him in the same breath. I have been made isolated, oppressed, beaten, sexually harassed, sexually assaulted, gaslighted to a T, invalidated beyond a degree, and abandoned like I was worth nothing. People I love did that to me. People I thought were my friends turned their backs to me as if we never made memories.

There is a broken child who knows what it looks like when a father can turn his back on her after destroying her, then grow into a woman who has watched men do the same thing to her after exploiting her innocence, her vulnerability, her dire need for safety. A little girl is screaming from the depths of my soul because she is wounded. People she thought cared for her only looked away when she was humiliated and hurt. Some joined in on the abuse, or denied it even happened. My mental, physical, emotional, and spiritual health have suffered from the C-PTSD caused by all of this. Job opportunities were taken from me because of my not being able to perform. My grades suffered because of it. And there were plenty of times where the only person to help find my way in the darkness was me. These things made me suicidal, want to die, and never think of another day living in the hell that I was coursing through daily. With all of these raging elements of universe colliding on a crash course, there is a voice inside telling me to keep it small and contained so that I do not scare anyone off.

The thing is, there is an even louder voice telling the other one to step off so I can do my thing with a supportive space.

I am too much for the wrong people. I am too honest for those who wish to live in lies. And I will be painted as a villain because of my relentless energy in pursuing the truth while holding all accountable, including myself when it is most difficult to do so. My stories will be told. My truth is being set free. For those out there scared, don’t fret.

I haven’t done enough damage to be through with you yet.

(If you enjoyed reading, a donation to my cashapp,Jourdan9 would be super appreciated.)

A Seven Year Nightmare : The Journey of Finding and Freeing Myself by Jourdan Lobban