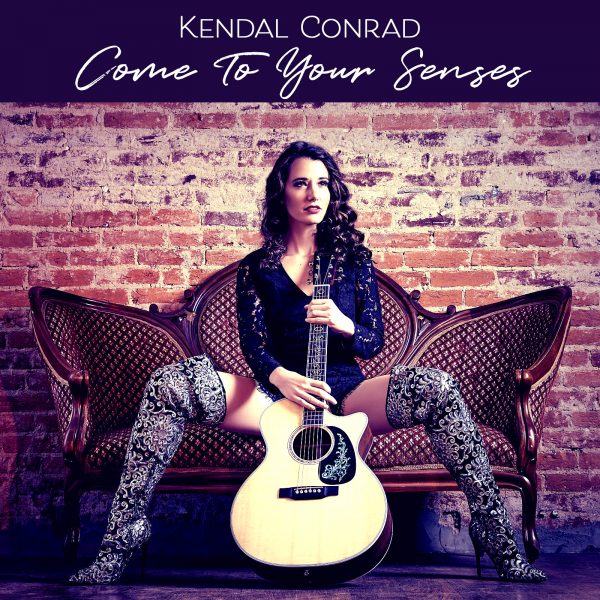 Our multi-talented friend Kendal Conrad has generously shared a live video of her single “Come to Your Senses.” This young country singer/songwriter has appeared on MTV, singing with Keith Urban, onstage with Walker Hayes, and has even been seen in Silver Linings Playbook and in a production of Breakfast at Tiffany’s!

Kendal is a rising star and a champion of girls and women. We’re so thrilled to share her brand-new live video of Come to Your Senses!

Listen to ‘Come to Your Senses’ on Spotify!

Kendal Conrad is a singer, actor, published writer, and award-winning songwriter. Kendal appeared on MTV and sang a duet on-stage with Keith Urban at Musikfest. Kendal was featured on Keith Urban’s website as one of his favorite “Raise ‘Em Up” Tour moments. She also joined Walker Hayes onstage to perform “Halloween” for 92.5 XTU’s Ski Day at Jack Frost Big Boulder. She won the title of International Miss Talent with her original song “Girlstrong.” She has performed at the White House, Wells Fargo Center, and at many other large stages! Kendal has sung the National Anthem for MLB, NBA, MMA, NASCAR, and NBC’s National Dog Show.

She was a finalist in the NBC 10 Talent Search and a finalist in the Colgate Country Showdown. She is the 2015 Country Showdown Winner for Philadelphia’s 92.5 XTU. She has opened for country artists Blake Shelton, Charlie Daniels Band, Devin Dawson, Chris Lane, Drew Baldridge, Alabama, Walker Hayes, Hunter Hayes, Brandon Lay, and The Cadillac Three and many, many more, and performed personally for author Nicholas Sparks.

As an extra in in the film Silver Linings Playbook, she can be seen bumping into Bradley Cooper, and she starred as Holly Golightly in the exclusive post-Broadway production of Breakfast at Tiffany’s at the Civic Theatre of Allentown.