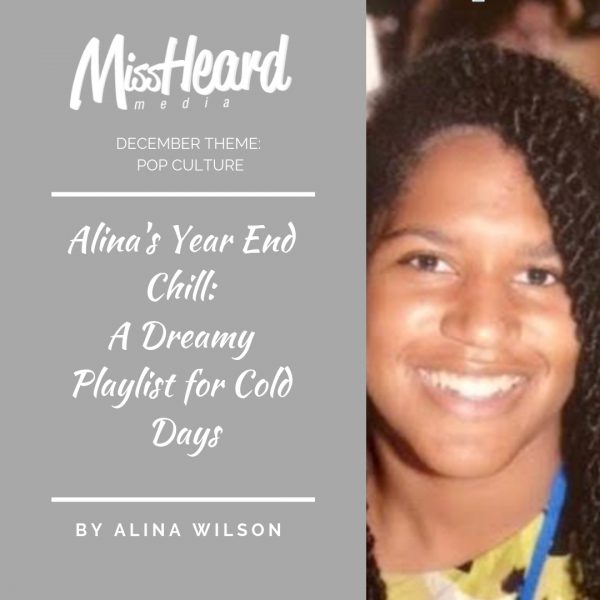 Alina’s End of the Year Chill Playlist
by Alina Wilson

A moment exists in nearly every person’s life when she realizes that she is becoming her parents. For me, that moment was two days ago. I have always made fun of my father for listening exclusively to 80s music. That’s all he plays in his car. He’s completely and utterly stuck in the 80s. Sometimes, I find it super frustrating because a young person can only listen to so many songs from a station titled “The Groove,” but most days I find it endearing.

Two days ago, I scrolled through my playlist and realized that most of the songs were, by modern pop standards, old as dirt. Like 2000s old. To make matters worse, lately I too have been complaining about the poor quality of modern pop music. Oh no.

Regardless, below is my finals/decompressing/feel-good all purpose playlist (not necessarily in the same order because I always shuffle my music). Cheers to becoming our parents!

Proud to be Gen Z by Alina Wilson

Finding Myself on El Camino by Alina Wilson

1 thought on “Alina’s End of the Year Chill Playlist”